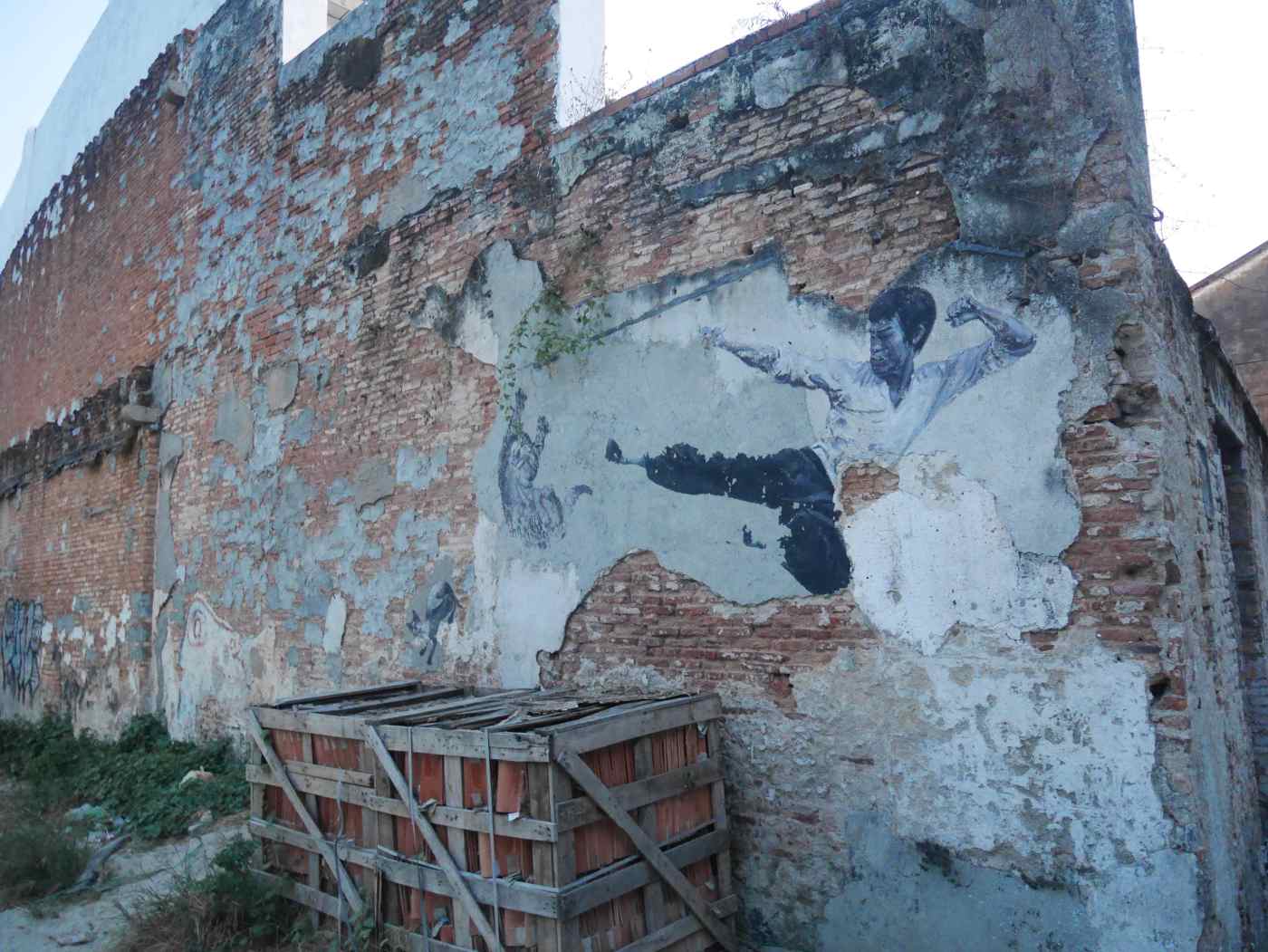 Georgetown is a cute city. I preferred it to Melaka. An interesting mix of old and new, authentic and rebuilt. It can be done in one day minimum, but if you like these charming little cities, sparkled with small cultural pearls, you could stay a day or two extra. Most of it is walkable; I think the botanic garden is a bit far, but then again… another one…

Unlike Melaka or KL, most of the monuments you need to pay for; I guess being a UNESCO world heritage site has a cost… but Melaka is as well, so… anyhow, up to you to decide if you want to spend the money or not; I didn’t. It is also overall slightly more expensive. Like the rest of Malaysia, the city is a blend of Malay, Chinese and Indian culture, mixing, there again, Churches, Mosques and Chinese temples.

Georgetown, besides its cultural heritage, is famous for its street art and its food. You’ll find the street art map about anywhere; it’s a great fun way to discover the city and learn more about it. So start the treasure hunt!!

I don’t know if it is specific to Georgetown or if I only noticed it here, but there were quite a few (mostly?) older Brits, who seemed to be on what may have been some ancestors trail. The city was founded in 1786, so quite a bit earlier than other cities in Malaysia, by the British and actually still keeps some of that influence in its architecture and still has a nice cemetery.

At some point I was just too hot, so I decided to go back to the hostel and chill there for a bit. I started chatting with this guy who was on a 1 year roadtrip and he was saying that it had been 6 months that he had left and that he was already kind of getting tired of it. I was super surprised and thought “I hope I won’t be like that in 5 months…!”. Luckily it was never the case! 🙂

Georgetown is quite a relaxed city, in the sense that some shops won’t open until 10pm, some, most, after 12pm and even then, they seem to open and close, depending on… I’m not sure, but point is, you have to be flexible! The city is quite lively at night, with a large variety of bars, restaurant and shops, open up to around 12 am.

To eat, you can check out the food map for restaurants or the top 10 cheap places to eat. I had diner at the Kedai Makanan Dan Minuman, basically a food court, with a large variety of Chinese and Malay, but there are many options!